Lava has very recently launched a devise with gigantic battery power of 4,400mAh which is the Iris fuel 20, and it is certainly a feature that will set the competition bar to a whole new level. Motorola has attracted a mass crowd with its attractive display, and now the established American based brand will have to face the competition threat with the reputed Indian enterprise Iris. The new Moto G is powered by a 2,070 mAh battery power, it is now evident that Lava Iris fuel 20 is ahead of its competitor, but let us dwell into a detailed comparison, and pick out the better product. 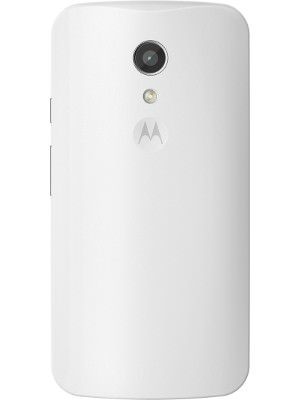 Lava Iris Fuel 20 is a classy looking phone with an elegant design; it’s got a colourful display enclosed in a professional casing with tints of shiny gold. It is totally awe-inspiring at first sight.

2014 Moto G is termed to be the best looking budget smartphone, and the 2014 product is as stunning as ever. The display screen presence is picturesque and vibrant at first sight, and so is the exterior shiny white border. Lava Iris Fuel 20 is built with a professional 5-inch display with pixel resolution power of 480×854 pixels. The viewing angles and colour emission power are admirable.

Moto G has a vibrant and powerful 5 inch display engineered with the innovative LCD IPS technology with resolution power of 720p. According to reports, it is not the best display in the market, but it is a fairly good performer. There are no complaints about high-intensity brightness that can become uncomfortable, but the colour co-ordination is good and the viewing angles are admirable. The phone on the whole is built with a relatively good display. Lava Iris Fuel 20 runs on a powerful Android 4.4 operating system, backed by Java support, it is an advanced software system that facilitates efficient and swift screen swipe between various apps.

The new Moto G functions on an Android 4.4.4 software, according to tech experts, it is built with an efficient software, but does not have additional processing systems. A popular and extremely convenient app is Motorola Migrate, here users can transfer calendar events, contacts and messages to Google account. There is also the catchall app, where users can broadcast their exact location to close ones, and also install notifications for emergency services and pre-set contacts in the event of danger. It is a simple process to trigger emergency mode, it is nothing bit a five step process, all users have to do is tap the button, and then the phone displays a list of contacts. Lava iris Fuel 20 is engineered with 1.3GHz dual-core processor with 512MB RAM and 4GB internal storage that can stretch to 32GB with the aid of microSD card. The hardware processor is significantly efficient, the system along with 5 inch 480×854 display and Android 4.4 KitKat operating system enables powerful multi-tasking and the 512MB RAM with 4GB internal memory that can expand up to 32GB through micro SD card enables consumers to store games, movies and favourite music.

The new Moto G is powered by a robust 1.2 GHz Qualcomm Snapdragon 400 processor with 1GB RAM. Techie experts were satisfied by the hardware efficiency of the phone, and the 2014 model is known to be more powerful than its predecessor. The internal storage power is 8GB and it is expandable to a maximum stretch of 32GB.

Lava Iris Fuel 20 has a 5-megapixel rear and 0.3-megapixel front camera with flash, the efficiency of camera is satisfactory, and also considerably feature packed. It has QR code scanner that contributes a clear image needed to share cherished moments, HDR mode, panorama and auto-focus.

The 2014 Moto G has a potent 8MP rear camera with LED flash; the shooter is built with proficient technology that is backed by basic settings like video recording, HDR and panorama. Users with firsthand experience with camera, said, the quality of images is sharp under decent lighting conditions, the color reproduction power is impressive. The camera power of the phone is fairly satisfactory, but not exemplary, and the quality of images is submerged under ineffective lighting scenario, and it is significantly faint amidst dim light surroundings. An important point to note is the camera performance is admirable, but not on par with many other effectual smartphones.

Lava Iris Fuel 20 and 2014 Moto G is equally picturesque at first sight, and a source of marvel to those who dream of owning vividly colorful phones. The screen presence of both phones are impressive with 5-inch displays, but the new Moto G provides a more vivid resolution in terms of viewing angle and color blend while listening to music and watching videos.

The camera potential of new Moto G is far superior to its competitor, and also more feature packed, Lava Iris Fuel has unbeatable battery capacity, which takes it to a hallmark level among the highly competitive smartphone market world.

The 2014 Moto G is well ahead of its competitor on many factors, analyzing the comparison trend from a practical viewpoint, the two phones can be termed to be equally proficient and it is dependant from consumer point of view, Iris Fuel 20 and new Moto G are richly feature packed and convenient for business and recreational processes.

About the Author: Andrea Walker

Andrea is an expert in mobile technology and loves to write about different handsets launched. He has listed the specifications Lava iris fuel 20 for the readers to make an informed buying decision.