Anonymous, the hacking group plans to take the entire internet down tomorrow, 31th March 2012 if this Pastebin post has to be believed. 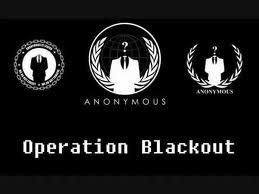 This time it’s more than just SOPA, PIPA or Facebook. This is their way of protesting against SOPA, Wall Street, the world’s irresponsible leaders, and the beloved bankers who are starving the world for their own selfish needs out of sheer sadistic fun.

Look at that, I mean, just LOOK AT THAT, they’ve even told the world, what server that will attack and get them down.

They plan to attack the 13 root DNS servers of the Internet. While there are a lot of DNS servers around the world hosted by various companies and ISPs’ they all come down to these 13 primary Root DNS servers. Â DNS servers basically, are responsible for resolving domain names to IP address. Without them you can access a website with it’s domain name, so for eg. if there are no DNS, you cant access Facebook using Facebook.com, you’d have to use it’s IP address.

So, The Internet isn’t shutting down but without the DNS Server it will tend to become chaotic. Anonymous reiterate that this is just “a protest”, and they are not trying to “kill” the Internet, they are simply temporarily shutting it down “where it hurts the most”.

To carry out this attack of Huge proportions, Anonymous has put together a software they’re calling the Reflective DNS Amplification DDoS tool, which is based on Antisec’s DHN DDoS tool.

If you wish to know how exactly they plan to attack, start a discussion below!