The much awaited HTC One M8 Android smartphone is finally here and even though it is at a high price around Rs 49000 appreciators of technology are already raving over its features and rushing to buy one for themselves. This second generation smartphone of HTC One introduced last year was launched with much fanfare at a press conference on March 2014 and has received rave reviews since release due to improvements made in design and also its hardware. Though HTC has been a market leader as maker of smartphones for years it has in recent years lost its position to Samsung and Apple which have a wide variety of models and offer them at much more competitive prices. Though the new HTC One M8 was introduced in India only during May the phone is available online and also through service providers. The Making of HTC One M8

HTC or Hitech Computer Corporation System the original manufacturer of One M8 is a Taiwanese firm which earned international acclaim as world’s first manufacturer of android based smartphones. As a founding member of Open Handset Alliance HTC is dedicated to development of android platform HTC also launched world’s first touch screen along with first Microsoft 3G phone. Though the first version launched in 2013 was it not very successful in United States due to supply chain problems therefore a new one was launched with a few months in March 2014. The new model was developed between October and February 2014 and a HTC announced that this will have 5 inches screen with dual cameras and Blink Feed home screen. This attractive phone has gained weightage due to its powerful 2600mAh battery and its heavy duty processing power is provided by Qualcomm Snapdragon with 2.5 GHz quad-core and 801 processor.Â  New model has been improved with a 5 inch long full HD display screen with two cameras and has aluminum cover making it more sturdy and easy to handle. Its 1080 x 1920 pixels touchscreen is protected by Gorilla Glass which has scratch resistant coating. To provide multiple options for customers the new HTC One M8 is being provided with both 16 GB and 32 GB storage capability along with 2GB of RAM which can be enhanced by attaching microSD card of 128 GB. 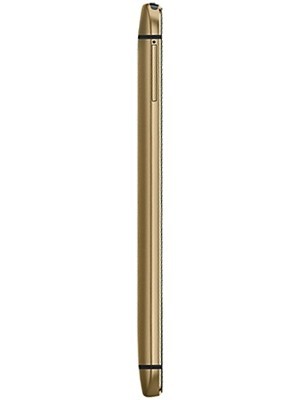 The HTC One M8’s body is made of lesser plastic and more of metal which enables a curvy body with easier to use controls. Its power button on topside also has headphone slot beside it while slot for micro USB 2.0 port is on its side. Its main camera now uses “ultra-pixel” image sensors for better accuracy and clarity along with dual tone flash. The camera’s smart sensors analyze position and distance of objects within a picture and apply filers to ensure each object is clearly highlighted and embedded within every photo. Its speakers are placed in front for clearer sound quality to enjoy movies and videos along with audio files.

HTC One M8 has various built in applications which can be flipped through at a quick pace chiefly due to customized Android 4.4.2 “KitKat” which works in partnership with HTC Sense version 6.0. Its sound system is loud and clear due to BoomSound software and tiny grilles on its front. HTC has powered this smartphone with Motion Launch feature which has capability to read gestures and move through various applications by simply moving fingers over various icons. While other smartphone rely on tapping or shaking to move to its home page user just has to move swipe fingers along its sides. This Motion Launch technology and software helps it to present graphics in a better manner therefore video and music are sharp and clear. HTC has moved several applications which were part of its internal system to Google Play like HTC Gallery, Dot View Case and Zoe. Besides a breathtakingly beautiful LCD 3 display with pixel density for clarity and color, the phone’s dual cameras function in tandem to take stable and clear pictures as it has streamlined interface with latest menu to change focus and switch between still and recording modes. To compete with Apple’s iPhone 5s and Samsung’s Galaxy S5 the design and smartphone applications of this phone have been improved. Its BeatsAudio enhancement application gives its audio loudest sound above other phones in this range.

Its Zoe Highlights Video feature groups together picture and videos across various special events and makes them into an album so one can flip over them at leisure. An amazing feature of this Zoe Highlights is that if friends share videos and photos of same events on social network the software combines them also into customized video specifically for use.

Apart from this the phone has usual software applications like calculator, calendar, messages and to check emails along with social network updates via Blinkfeed, which can be customized to suit one’s requirement of news and other regular updates. It also has “extreme power saving mode” which disables unnecessary applications and conserves battery life when power is low to run only necessary functions.

Though HTC has enhanced the phone with streamlining functions between Android’s KitKat version and Sense 6 user interface therefore all applications function with similar speed and dexterity. While other smartphone makers like Samsung. Apple and Sony focus on making new software and features to install on each upgrade, HTC focuses on improving existing features so they are easy to use and understandable therefore new HTC One M8 (in which M stands for metal) has better layout. A grouse for some users was that it does not have physical buttons on its face to tap through numbers or alphabets and all are touch buttons and it takes time to get used to this feature. The Sense 6 interface enables gesture based controls to wake up the phone to make calls or sift through online feeds. Being the first flagship android based smartphone launched in 2014 the HTC M8 Android phone is really fast and sturdy too.