Japan has long been a technological powerhouse, and is responsible for some of the worldÃ­s most innovative gadgets and influential tech companies.

When it comes to transportation technology, this relatively small island nation is an excellent environment for testing and implementing innovative new vehicles. Pushed by their space shortage, large population, and national dedication to environmentalism, Japan has driven itself to the forefront of transportation innovation.

Here’s what we can expect from the future of Japanese transport. 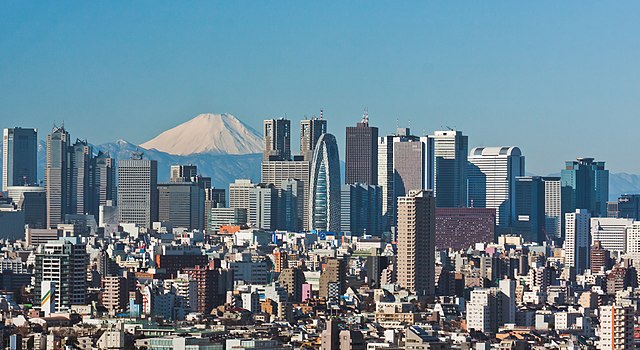 Ok, so they arenÃ­t exactly flying boats, but they do glide through air. Similar to the friction-eliminating electromagnet trains, JapanÃ­s National Maritime Research Institute is now developing ultra-sleek boats that create a pocket of air bubbles to glide through. Spare engine power is recycled and used to force air bubbles out tiny holes running the length of the hull. The air cushion forces water away from the craft as it moves and eliminates a remarkable amount of viscous drag.

Admittedly, this one seems a bit far-fetched, but The Daily Yomiuri recently reported that Obayashi Corp is in the process of designing and developing a space elevator. It will be approximately 132,000km long, and will of a network of powerful cables connecting a base station with an orbiting anchor point in space. At about 36,000km, designers plan to create a terminal station outfitted with solar panels where the passengers (about 30 each trip) can acclimatize to the height and break up their 7.5 day journey into space. 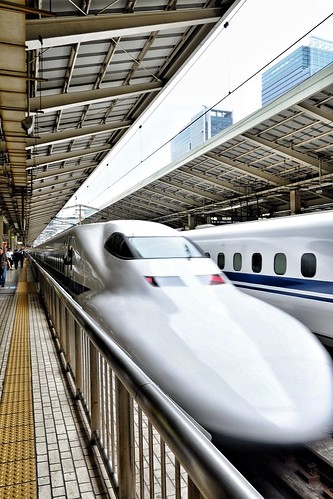 The route from Tokyo to Osaka is the busiest train route in the world, and it is also traversed by one of the fastest bullet trains. But train travel is soon to get even better in Japan.

The Central Japan Railway Co. recently tested its Series L0 prototype train in Tsuru, a city just west of Tokyo, and clocked speeds of more than 310mph. The train floats slightly above the track, supported by powerful electromagnets, to create a smoother ride with less friction.

When these new electromagnet trains start to appear in 2027, they will cut the already fast travel times in half, while using far less fuel than todayÃ­s trains.

Japan is a world leader in green car technology. They are responsible for the tremendously popular Toyota Prius, the Nissan Leaf, and the Honda FCX Clarity (a zero-emission hydrogen fuel cell car).

The government is also subsidizing lithium batteries and many developers are now including charging stations as a standard amenity in new homes.

As an island nation, Japan relies heavily on its freight and fishing fleets. In 2009, an award winning design was submitted for the Ã¬NYK Super Eco Ship 2030,Ã® which has received much attention and is planned to go into development soon.

Featuring solar panels, wind turbines, sails, and rechargeable fuel cells, this eco ship could be the future of Japanese freight. It releases 69% less carbon emissions than todayÃ­s ships, and would represent a major step forward in eco-friendly commercial freight.

As the global energy crisis continues to worsen, it is becoming increasingly important for nations around the world invest in sustainable, environmentally responsible infrastructures and transportation technologies. Japan is helping to forge the path to a greener and more efficient future.

If you’re visiting Japan in the less-distant future, then be sure to book a suite at the Swissotel Nankai Osaka; a modern, boutique hotel, located only 30 minutes from Kansai International Airport.