Shahrukh Khan, known for his unique ways to promote his upcoming films, has taken marketing to a whole new level he is not leaving any stones unturned and is using each and every promotional tool in his arsenal to promote is superhero film Ra.One.Â It already has a presence on practically every single social network out thereâ€”from Facebook and Twitter to Blogger, Linkedin, Orkut and Picasaâ€”and hasÂ an official website, movie merchandise being sold on its own online store, a graphic novel and online games. 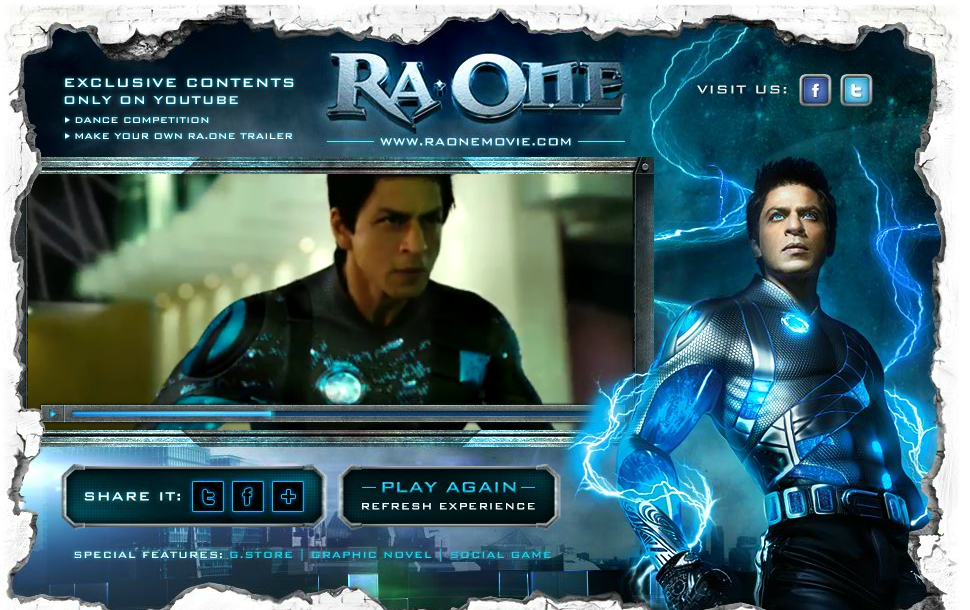 Red Chillies, SRKs Production house, in an attempt to make full use ofÂ YoutubeÂ have released an interactive video where SRK can be seen explaining the superpowers that he uses in the movie. Which can be seen below in this article.

Google India head Rajan Anandan announced in a conference with Shah Rukh Khan today that the Bollywood actor will be participating in live chats with fansÂ on Google+Â as part of an agreement which will see Google promotingÂ the movie’s channel on YouTube.Â Ra.OneÂ is also currently being heavily advertised on Google’s AdWords channels.

Bollywood has, increasingly, been using social media to promote movies. Now afterÂ FacebookÂ andÂ Twitter, Shahrukh Khan wants to capture Google+ and will be one of the first Bollywood actors to join the site.