If you live each day as if it was your last, someday you’ll most certainly be right, and Steve Jobs was right today, Yes, the most saddening new from the world of Technology has come out, Steve Jobs is No more with us, the Man with a vision, courage and the attitude to die for has left us forever.

This is going to be a slightly longer post, nonetheless, very interesting

Steve Jobs has been a reason and inspiration to most of the buddingÂ entrepreneurs, he has given the courage to a lot of people to do what they do and follow their heart. Apple released a statement from current CEO Tim Cook, which was sent to company employees: “Apple has lost a visionary and creative genius, and the world has lost an amazing human being.”

“Those of us who have been fortunate enough to know and work with Steve have lost a dear friend and an inspiring mentor. Steve leaves behind a company that only he could have built, and his spirit will forever be the foundation of Apple.”

Steve Jobs’s family said in the statement that “Steve died peacefully today surrounded by his family.”

“In his public life, Steve was known as a visionary; in his private life, he cherished his family. We are thankful to the many people who have shared their wishes and prayers during the last year of Steve’s illness; a website will be provided for those who wish to offer tributes and memories.”

“We are grateful for the support and kindness of those who share our feelings for Steve. We know many of you will mourn with us, and we ask that you respect our privacy during our time of grief.” 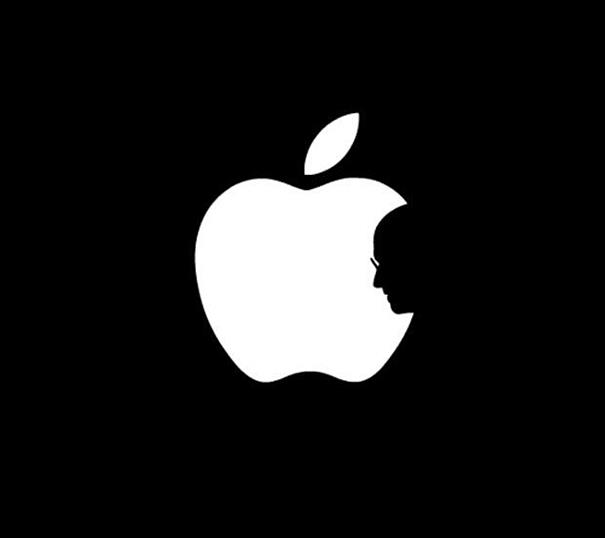 After losing a power struggle with the board of directors in 1985,Â Jobs resigned from Apple and foundedÂ NeXT, aÂ computer platformÂ development companyÂ specializing in the higher-education and business markets. Apple’s subsequent 1996 buyout of NeXT brought Jobs back to the company he co-founded, and he served as its CEO from 1997 until 2011.

In 1986, he acquiredÂ the computerÂ graphics division ofÂ Lucasfilm LtdÂ which was spun off asÂ Pixar Animation Studios. He remained CEO and majority shareholder at 50.1Â percent until its acquisition byÂ The Walt Disney companyÂ in 2006.Â Consequently Jobs became Disney’s largest individual shareholder at 7Â percent and a member of Disney’s Board of Directors.

With his passion for minimalist design and marketing genius, Jobs changed the course of personal computing during two stints at Apple and then brought a revolution to the mobile market.

The iconic iPod, the iPhone dubbed the “Jesus phone” for its quasi-religious following and theÂ iPadÂ are the creation of a man who was known for his near-obsessive control of the product development process.

Steve JobsÂ underwent surgery in 2004 and received a liver transplant in 2009. He continued to introduce new products for aÂ global marketÂ in his trademarkÂ blue jeansÂ even as he grew gaunt and frail.

He resigned as CEO of Apple Inc on August 24 saying he could no longer fulfill the duties and briefly served as chairman before his death.

“I have always said that if there ever came a day when I could no longer meet my duties and expectations as Apple’s C.E.O., I would be the first to let you know,” Mr. Jobs said in aÂ letterÂ released by the company. “Unfortunately, that day has come.”

“The world rarely sees someone who has had the profound impact Steve has had, the effects of which will be felt for many generations to come,” said Microsoft co-founder and long-time rival Bill Gates. “For those of us lucky enough to get to work with him, it’s been an insanely great honor.”

Here is how the world of reacted to Steve Jobs Death

“Michelle and I are saddened to learn of the passing of Steve Jobs. Steve was among the greatest of American innovators brave enough to think differently, bold enough to believe he could change the world, and talented enough to do it.
By building one of the planet’s most successful companies from his garage, he exemplified the spirit of American ingenuity. Â By making computers personal and putting the internet in our pockets, he made the information revolution not only accessible, but intuitive and fun. And by turning his talents to storytelling, he has brought joy to millions of children and grownups alike. Steve was fond of saying that he lived every day like it was his last. Â Because he did, he transformed our lives, redefined entire industries, and achieved one of the rarest feats in human history: he changed the way each of us sees the world.

The world has lost a visionary. And there may be no greater tribute to Steve’s success than the fact that much of the world learned of his passing on a device he invented. Michelle and I send our thoughts and prayers to Steve’s wife Laurene, his family, and all those who loved him.” -Â President ObamaÂ issued an official statement on the White House blog

“We are deeply saddened to announce that Steve Jobs passed away today.
Steve’s brilliance, passion and energy were the source of countless innovations that enrich and improve all of our lives. The world is immeasurably better because of Steve.
His greatest love was for his wife, Laurene, and his family. Our hearts go out to them and to all who were touched by his extraordinary gifts.” -Apple’s new CEOÂ Tim Cook

“I’m truly saddened to learn of Steve Jobs’ death. Melinda and I extend our sincere condolences to his family and friends, and to everyone

Steve has touched through his work.Steve and I first met nearly 30 years ago, and have been colleagues, competitors and friends over the course of more than half our lives.The world rarely sees someone who has had the profound impact Steve has had, the effects of which will be felt for many generations to come.
For those of us lucky enough to get to work with him, it’s been an insanely great honor. I will miss Steve immensely.” – Bill Gates, probably Steve Jobs biggest Rival in his professionalÂ EndeavorÂ
“From the earliest days of Google, whenever Larry and I sought inspiration for vision and leadership, we needed to look no farther than Cupertino. Steve, your passion for excellence is felt by anyone who has ever touched an Apple product (including the macbook I am writing this on right now). And I have witnessed it in person the few times we have met.
On behalf of all of us at Google and more broadly in technology, you will be missed very much. My condolences to family, friends, and colleagues at Apple.” -Sergey Brin, co-founder and CEO of Google
“Steve, thank you for being a mentor and a friend. Thanks for showing that what you build can change the world. I will miss you.” – Mark Zuckerburg

“People sometimes have goals in life. Steve Jobs exceeded every goal he ever set for himself.” -Â Steve Wozniak, Apple co-founder and friend
“Tonight, America lost a genius who will be remembered with Edison and Einstein, and whose ideas will shape the world for generations to come. Again and again over the last four decades, Steve Jobs saw the future and brought it to life long before most people could even see the horizon. And Steve’s passionate belief in the power of technology to transform the way we live brought us more than smart phones and iPads: it brought knowledge and power that is reshaping the face of civilization. In New York City’s government, everyone from street construction inspectors to NYPD detectives have harnessed Apple’s products to do their jobs more efficiently and intuitively. Tonight our City a city that has always had such respect and admiration for creative genius joins with people around the planet in remembering a great man and keeping Laurene and the rest of the Jobs family in our thoughts and prayers.”
Steve was a teacher to anyone paying attention. -Â New York city mayorÂ Michael Bloomberg
“Steve was a teacher to anyone paying attention, and today is a very sad day for everyone who cares about innovation and high standards.” -Jeff Bezos, head of Amazon
“Despite all he accomplished, it feels like he was just getting started. With his passing the world has lost a rare original, Disney has lost a member of our family, and I have lost a great friend.” -Walt Disney’sÂ Bob Iger
“We have lost an American hero. Steve Jobs is irreplaceable, but he will inspire people for generations to innovate, to tackle great challenges, to do what you love, to change the world. My thoughts and prayers are with his family and loved ones.” -FCC chairmanÂ Julius GenachowskiÂ
“Steve’s passion for simplicity and elegance leaves us all a legacy that will endure for generations. Today, my thoughts, and those of everyone at Nokia are with the friends and family that he leaves behind.” -Nokia CEOÂ Stephen Elop
“Samsung Electronics is saddened to hear of Chairman Steve Jobs’ passing and would like to extend our deepest condolences.
Chairman Steve Jobs introduced numerous revolutionary changes to the information technology industry and was a great entrepreneur.
His innovative spirit and remarkable accomplishments will forever be remembered by people around the world. We would like to again express our sincerest condolences to Mr. Jobs’ family and his colleagues.” -Samsung CEOÂ Choi Gee-sung

Feel free to check out this video, one of the most inspiration video we’ve every come across

This is one awesome stuff I read on twitter:Â Mac, Pixar, iPod, iPhone, iPad. Creating even one of these would’ve made a man a legend. Creating all. God. -Â Ramesh Srivatas

Google and Amazon has paid condolences to Steve Jobs by Placing a Link to Apple.com on their Homepage We have done our part as well, paying tribute to the greatest Technorati in the world, the Man who inspired me to Follow my heart, to follow my intuition, gave me the courage to Stand up for myself, The world will be not the same without you Mr. Steve ‘Apple’ Jobs

On that note we end this article dedicated to Steve Jobs, by one of his quotes

Here’s to the crazy ones, the misfits, the rebels, the troublemakers, the round pegs in the square holes… the ones who see things differently — they’re not fond of rules… You can quote them, disagree with them, glorify or vilify them, but the only thing you can’t do is ignore them because they change things… they push the human race forward, and while some may see them as the crazy ones, we see genius, because the ones who are crazy enough to think that they can change the world, are the ones who do.

RIP Steve, You will be missed: The DNetWorks Team